St. Patrick’s Day is a fun way for people to embrace their Irish heritage. It is also the best way for people to pretend to be Irish for a day. The drinks are flowing, everyone is friendly and the food does not disappoint.

However, there are distinct ways to celebrate the holiday. There are many rich traditions that the Irish people have, and celebrating the correct way is a must.

Whether or not you’re Irish you’re more than welcome to celebrate. Here’s a couples ways to do it.

Green! Generally, anything green is acceptable. There are plenty of options here. The most popular one is the, “Kiss Me I’m Irish” t-shirt, but there are a variety of other clever ones out there that you can rock. For the sports fans out there, repping anything from the Notre Dame Fighting Irish or Boston Celtics usually goes over well. Additionally, Ireland soccer jerseys are also a popular choice.

Leprechaun hats, green Mardi Gras beads or any other green accessory you find usually goes over well. Finally, for the hardcore Irish out there, being wrapped in an Irish flag or bandanna is a popular choice. As long as you are head to toe in green you can’t go wrong!

St. Patrick’s Day has a variety of food items on the menu. At the top of everyone’s list is the Reuben sandwich. Everyone’s favorite on this particular holiday, the Reuben is topped with corned beef, sauerkraut, Swiss cheese and thousand island dressing.

However, the authentic Irish cuisine isn’t for everybody. Add green food coloring to just about anything, and you’ve gotten a winner on St. Patrick’s Day. I’ve seen bagels, pancakes and even green eggs and ham for those Dr. Seuss fan’s out there.

For everyone over 21, this might be the best part about the holiday. The Irish are known for their high quality whiskey and of course the world famous Guinness beer. There are numerous Irish drinks that can be concocted on the holiday that come out delicious.

A shot of Jameson or a pint of Guinness are some of the easiest choices and most effective if you know what I mean.

Guinness is also a part of my personal favorite on St. Patrick’s Day. The Irish Car Bomb consists of a shot of Bailey’s Irish Creme Liquer and a Guinness. Drop the shot in the beer, let the flavors combine for a second and then chug the drink as quick as possible. The combination is more delicious than you’d think.

Also, the Irish Flag is another drink that is popular during the holiday. The bottom layer is green creme de menthe, Licor 43 and Irish Cream. All of the liquor stays separated and the green, orange, tan colors get about as close as possible to an Irish flag in a drink.

If you are only looking for that one drink to pack a punch look no further than Shamrock Juice.

The intense mixture is potent but tasty as a result of the Blue Curacao and orange juice. St Patrick’s Day is such a fun holiday for all of those who celebrate. However, it is crucial to celebrate responsibly. Finally, on behalf of the team at TicketNetwork, Happy St. Patrick’s Day!

With Halloween less than a week away, it’s time to pay a tribute to those who keep us in the spirit all year long. Many lead singers and band members mirror their appearance after the grunge, heavy-metal style of music they play.

Whether it be costumes, face paint or a creepy mask, there are plenty of examples front men taking it to the extreme. Their on-stage appearance also makes for a great last-minute Halloween idea.

Here’s a run down of some of the best heavy metal artists whose favorite holiday has to be Halloween.

From the face paint variety, Gene Simmons is a perfect candidate for this list. KISS, also known for their epic costumes, became legends in the 70s and 80s due to their outlandish style. Gene Simmons’ appearance features white face paint with black around the eyes to match black lipstick and jet black hair. His spiked shoulder blades and chrome armor complete the costume.

You can’t think of KISS without their outrageous costumes popping in to your head. Love it or hate it, the costumes launched their careers and made them a popular bunch. With a few shows around Halloween coming up this year, Simmons will be decked out in his usual gear. He will fit right in with the rest of the concert-goers who will surely dress up like their favorite front man, Gene Simmons.

This is just downright creepy. Everything about the Swedish rock band Ghost is creepy actually. Ghost has never released their true identities to their fans, and that is part of what makes them so appealing. The Nameless Ghouls act as instrumentalist henchmen for Papa Emeritus III, the lead singer of the band.

Papa Emeritus III goes for a demonic priest look on stage, usually dressed in all black with skeletal face paint. His headwear is usually of religious descent, but his contradictory satanic look makes for a scary costume. The band Ghost is heavy metal through and through. Their lyrics are dark and controversial, but have also led to them winning a Grammy in 2016.

Papa Emeritus III definitely qualifies for one of the scariest front men out there, and his get up is perfect for a Halloween costume.

Not really sure if Marilyn Manson even wears a costume or he actually just dresses up creepily every day for fun. Usually with hair died black and a face painted white, Manson tends to look like a ghost at all times. A dark red lipstick and black, smeared eye shadow completes the spooky look for Manson.

A counterculture icon, Manson could be the spokesperson for the costumed front men. His style, lyrics and music have led to many controversies but also a mass following of fans.

His looks are scary but his music is scary good. The Halloween-esque get up has become so popular due to his two No. 1 albums and his four Grammy nominations.

Cooper lands on the list for his longevity. He’s been scaring fans and critics alike for over five decades. The Godfather of Gruesome has many different appearances, but later in his career the eye black has been a must. Alice Cooper also founded a bar called the Hollywood Vampires, so how can he not be on the list.

Whether it’s the Beetlejuice themed suits or the spiked top hat, Alice Cooper is a walking Halloween advertisement. His creepy charm and stage presence has aided in his fanfare. When he is decked out in his wildest costume, you can’t bare to look but the wild talent is must-see. Cooper incorporates many aspects of Halloween in to his music and lifestyle, and his inclusion on the list was a no-brainer.

Another popular Halloween theme is dressing up as a drag queen. Dee Snider nailed this costume on a consistent basis throughout the 80s. His long blonde hair, lipstick, eye shadow and blush on the cheeks completes his crazy look. The lead man for Twisted Sister isn’t scary or creepy just borderline crazy.

To truly embrace the name “Twisted Sister,” Snider literally dressed like a girl. That dedication to his costume and appearance definitely earn him a spot on this list.

If you’re dressed up as one of these crazy front men then you’re sure to steal the show at your Halloween Party. Either way, be safe and Happy Halloween! So it’s like 5 o’clock the day before an event is scheduled. You really want to go to the event but you didn’t get tickets when they went on sale months ago. What can you do? If this was 10 years ago, I might say that maybe you can find a ticket from whatever was still available, but that means going to or calling the venue in hopes that you can come by even one. Otherwise, you were out of luck.

Luckily, times have changed, and for the better. Here are four reasons why:

You Get Instant Availability

Instant e-tickets are now a thing and the era of missing out because of an event being too close is over*. I know everybody is nostalgic for the tactile sensation of a card stock ticket stub, but when you’re in a bind anything will do.

You Can Print Your Tickets From Anywhere

Suppose that you’re on vacation somewhere and decide to go to a game or catch a show. You can easily buy your tickets and then print them at whatever facility is closest to you, whether that be a copy center or a library. Or maybe your hotel will be nice and do it for you or have somewhere you can do it yourself.

We make it easy to download e-tickets via a clean and easy interface. Those who purchase tickets with an account are sent to the My Purchases page under the My Account section on TicketNetwork.com. Once the tickets are ready to download, further instructions will appear.

Those who purchase without an account are sent to the My Purchases page at MyTicketTracker after entering their email and a pin number. The two pages function exactly the same other than how they are accessed. You Can Find Them for Many Events

Not all events and performers have instant e-tickets but many of them do, including concerts, games, and theater shows. Listing all of them is impossible, but here are a few:

Don’t second guess that last-minute decision to see an event just because you don’t have tickets yet. Get instant e-tickets and then head out!

We’ve had a blast around these parts celebrating our 8th Anniversary in style. We’ve had great submissions for our daily Facebook prizes and THOUSANDS of entries for our $500 Gift Card Grand prize! Thank you to all who have played and participated!

All week long, from Monday, September 28, 2015 through today Friday, October 2, 2015 (ending at midnight!), we gave away different amazing prize packs full of goodies every day, all of which included a $100 Gift Card to TicketNetwork.com! You can enter today’s final daily prize contest by logging on to Facebook and entering the Caption This challenge.

Congrats to our daily winners so far for their exceptional prize-nabbing skills! We’ll be sending out prizes as soon as all our winners are identified, so keep an eye on your mailboxes!
PLUS
Today is the final day to enter to win the Grand Prize of a $500 Gift Card to TicketNetwork.com! Enter with the widget below, or via the tab on our Facebook page before midnight (Eastern) tonight and you could win! Terms and conditions apply. 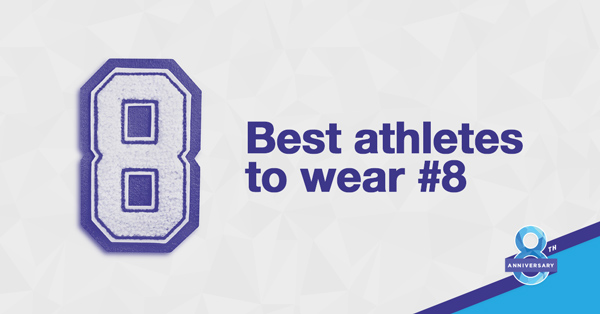 Baseball’s Iron Man. It’s absolutely absurd to think that Ripken played in 2,632 consecutive games during his career with the Baltimore Orioles. To put that in perspective, only one active player in Major League Baseball, Alex Rodriguez, has played in more games than that total. The streak stands as maybe the most unbreakable record in baseball (yes, I believe even more than Joe DiMaggio’s 56-game hitting streak).